Kate Winslet, the Hollywood starlet and household name turns forty today and as she celebrates (in marvelous style I’m sure), we’re celebrating her life and all that she’s achieved. She has made us cry with her in the middle of the ocean, she’s made us giggle as a caricatured version of herself playing a naughty nun and she’s given us the chills in some of her most powerful performances spanning over two decades. One of her roles that is given less lip service is in fact her role model status.

Behind this talented actress, Kate Winslet is a character of heroic stature – she’s a strong-minded and high-spirited female who sets a great example for women of all ages and even without the scripts, she has a lot of important things to say. She has spoken candidly about the pressures females often face including getting older, gaining weight and all the issues in between. Here are just some of the amazing things Kate has to say about all those unrelenting beauty standards…

It would not exactly be a scandalous revelation to talk of Hollywood’s “ageism” and how there seems to be an expiry date for lead female actresses. But at 40, Kate Winslet has not shied away from this topic, even while the media is constantly probing into what this means for the next chapter of her life. 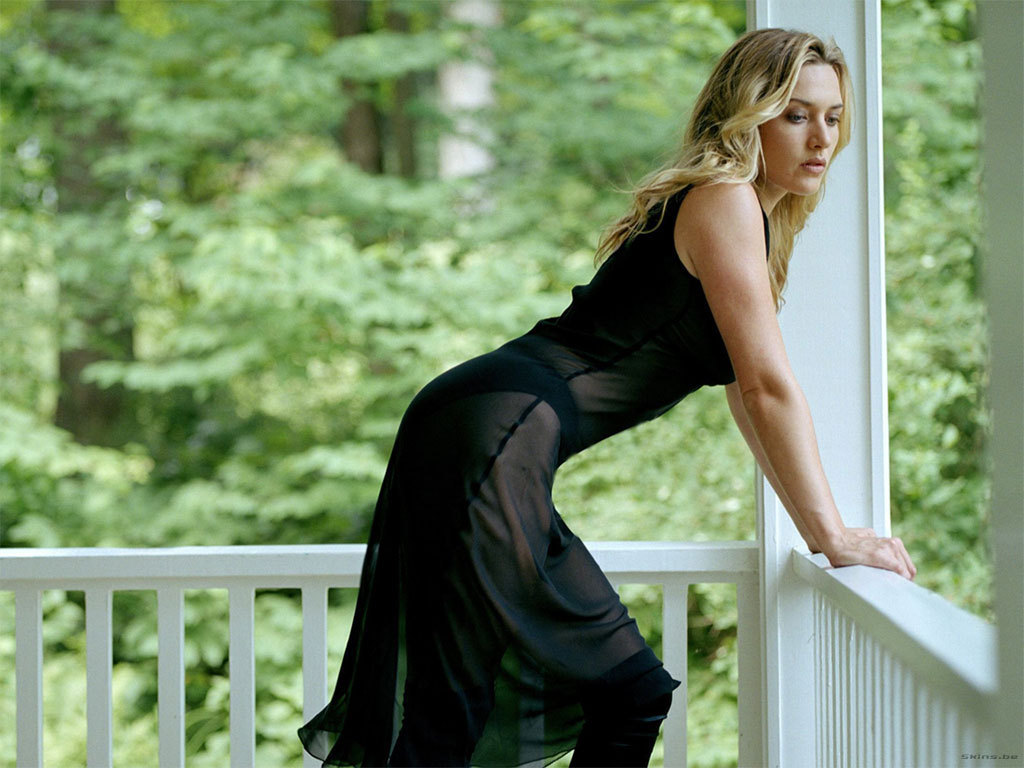 In a recent interview, Kate told Net-a-Porter’s weekly digital fashion magazine The EDIT, “I don’t feel old. I feel excited about being 40.” Indeed in our youth driven culture, “excited” wouldn’t commonly be used to describe most women’s feelings towards leaving their thirties behind. When women get older, it’s more typical for them to be preoccupied by concepts of loss (losing your youth in particular) but as Kate points out, there is much to be gained. As she gets older, she learns she can be more fulfilled as she says; “You can get away with a lot more in your 20s… [but] I’m baffled that anyone might not think women get more beautiful as they get older… Confidence comes with age, and looking beautiful comes from the confidence someone has in themselves.”

Featured in an interview for New York Magazine she explains how she has embraced her age within the industry. “It’s fun watching your face change, especially for an actor. All my lines, they’re hard-won, I’m proud of them. When I was 21, shooting Titanic, I would think about being 40 and think, “Oh my God, old people.” But I can probably say I feel younger than I did in my 20’s, and I know myself now in an utterly unquestionable way that I think in your 20’s you sort of think you do, but you haven’t got a fucking clue.”

In 2013, Winslet spoke to Time Out about the older generation of actresses preceding her that captivate the screens. Talking about the likes of Judi Dench and Meryl Streep she said, “Isn’t it interesting that those are the actresses that we all want to watch? The ones who look real, the ones whose lives you can see in their faces. Those are truly beautiful women.” And she’s right. These actresses are seen as accomplished, well-rounded and respected enough to have careers spanning over decades. Look at Julie Andrews for example, who just turned 80 and is as highly regarded as some of the older males in the movie world. While ageism in Hollywood is definitely real and unfair, it’s reassuring to see these ladies still showcasing their skills and talent.

And although Winslet has not been completely absent from glossy Photoshop and airbrushing scandals, her conviction of ageing gracefully remains steadfast and true. Her aversion to remaining surgically youthful is absolute. She told the Telegraph, “I will never give in… it goes against my morals, the way that my parents brought me up and what I consider to be natural beauty.”

Alongside her amazing ageing philosophy, she has talked about body positivity quite prominently in the press. Kate has shared her past insecurities as a chubby kid and told Instyle Magazine, “I have an incredibly fulfilling, rewarding career that has nothing to do with the size of my ass.” She herself recognises the importance of positive role models that were absent from her own childhood. ”When I grew up, I never heard positive reinforcement about body image from any female in my life. I only heard negatives.”

So, she revealed how she intends to change this vicious cycle of self-hate with her own children. When speaking to Bear Grylls on his show, she explained that she says to her daughter, “We are so lucky to have a shape. We’re so lucky that we’re curvy. We’re so lucky that we’ve got good bums.” Not only is she not afraid to speak her mind in the hopes of evoking positive changes, she also wants to set a great example to younger generations and give them the advice no-one ever gave her.

As she told Stylist Magazine; “The media is so full of criticism of how people look and I think that creates terrible pressure for young girls. It’s important to remember that the world is a really fascinating place and it’s perfectly possible to open your eyes and enjoy each day and to be positive and to be happy and it’s through feeling that way that we learn to feel good about who we are and to respect ourselves.”

Winslet recognizes that “everyone wants someone to look up to… to be inspired by” and with her no-nonsense attitude in an industry that perceives youth and beauty as acceptable substitutes over ability and experience, she is certainly a figure that deserves such a role model status. Although female role models come in all shapes and sizes one thing is certain. A role model is not someone you aspire to be, but someone who encourages you to be the best version of yourself and embrace all that you are and can be. And this is what Kate Winslet embodies. “I just don’t believe in perfection. But I do believe in saying, “This is who I am and look at me not being perfect!” I’m proud of that.”

So here’s to you Kate, and to the next 40 glorious years.

Rachael is a recovering History Grad. She owns a large but completely necessary collection of animal themed hats and has never met a beard she has disapproved of. She entertains herself chiefly by reading classic literature and making sarcastic comments but her other pursuits include eating supremely cooked vegetables, attending obscure gigs and watching copious amounts of Whose Line Is It Anyway. She always has a pen and opinion on hand and at the ready.

Disconnecting To Reconnect: What a Day Without My...

20 Ways To Bring Positivity Into Your Life

Our Favourite Podcasts Of 2021

Why Last Christmas Needs To Be On Your...

Tips To Stress-Less In The Holiday Season

How To Fix Broken And Uninspiring Routines

How To Accept And Respond To A Compliment

Quote of the Month

Taylor Magazine is a minimalistic guide to life, taylored for you. Born out of the need to minimise everything and focus on all things positive, we've created a safe space to inspire people to share their stories. We care about finding happiness in the smallest and simplest of places.

Sign up to our newsletter for exclusive Taylor Magazine content and all the latest updates on what we're up to.